Football provides an arena – both literal and figurative – where the message of sustainability can be communicated to thousands.

Football clubs have been quick to seize on the opportunity to boost their green credentials. Werder Bremen, a German football club founded in 1899, is situated in a region with a history of environmental awareness and social responsibility. 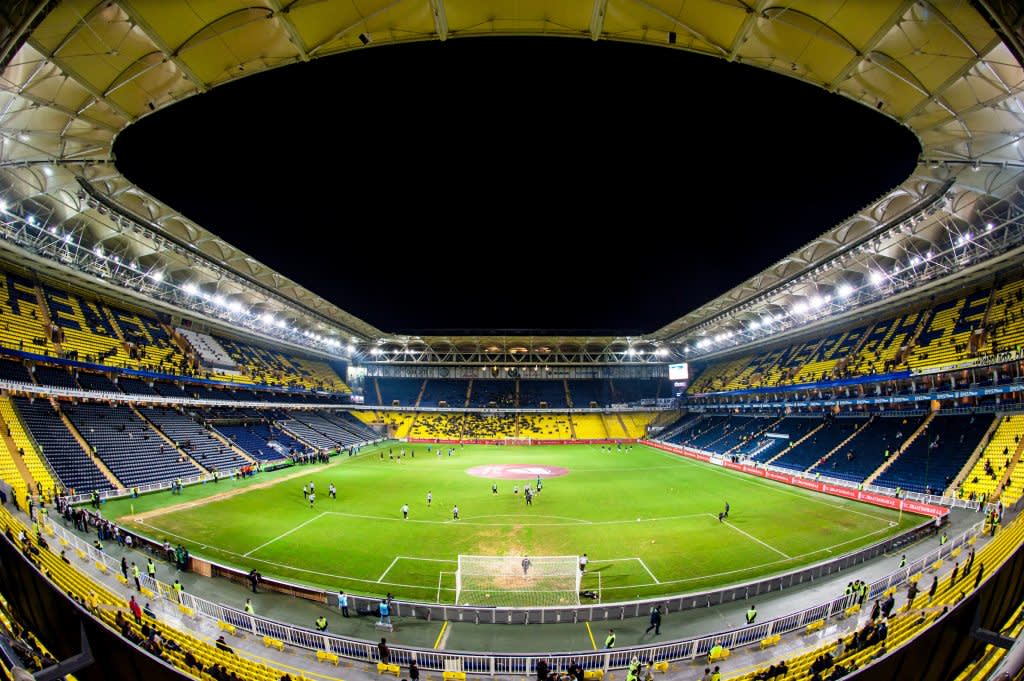 The clubs paving the way

Bremen was the first state where Germany’s Green Party were elected to parliament, and the local club has made concrete that reputation by installing 16,000sqm of solar panels on its stadium, the Weserstadion. These panels generate enough energy to meet the “entire energy needs” of the stadium.

Werder Bremen is not the only football club with sustainability in mind. Fellow German club Bayern Munich upgraded its stadium lighting system, reducing their energy consumption by about 60% – equivalent to saving around 360 tonnes of carbon emissions each year.

Different clubs take different approaches to sustainability. All over the world, there are innovative examples of clubs reducing their environmental impact in conventional and creative ways.

Every top-tier team in England has committed to phasing out single-use plastics, while clubs like Arsenal and Germany’s Borussia Dortmund have signed 100% renewable energy contracts with energy suppliers.

The Johann Cruyff Arena in Amsterdam, home to Ajax and the Netherlands national team, has installed 4,200 solar panels on its roof, has reduced the amount of waste produced at the stadium by around 150 tonnes, and even has seats made from sugarcane rather than plastic.

8 stadiums in Brazil were renovated in time for the 2014 FIFA World Cup, incorporating solar panels in their redesign to sustainably power floodlights and, when the main stadium isn’t in use, up to 1,000 homes nearby.

Forest Green Rovers take the crown as most sustainable football club in the world; the club is certified carbon neutral by the United Nations and it offers a 100% vegan menu on match days, certified by the Vegan Society.

Sustainability on the biggest stage

For renewable energy to really make a difference, there has to be widespread uptake. Football clubs are in a position to educate fans, both in their local community and further afield, about the benefits of renewable energy and sustainability.

On the local level, this means clubs like Forest Green Rovers promoting sustainable practices. As community bodies, football clubs have a voice and standing within their local communities. They are, unfortunately, limited in their reach.

This is where the role of international football can step up, bringing important global messages to the global stage. Arguably the greatest sporting stage of them all is the FIFA World Cup.

With an estimated global viewership of three billion, the tournament represents an incredible opportunity to advocate for the importance of global issues. And renewable energy will be on the agenda at the 2022 World Cup in Qatar – because the host nation has committed to a carbon-neutral World Cup.

This is a broad aim, one that includes reducing the carbon intensity of the materials used, lowering the energy consumption of the stadia themselves, and relying on cleaner energy sources to power the stadium during matches.

The main event is the use of district cooling in the Khalifa International Stadium, which is 40% more sustainable than traditional cooling measures. This cooling system is solar powered.

Despite that the competition has been moved from summer to winter – a move made due to the extreme temperatures that Qatar can reach over the summer months – the system will still feature. The World Cup will take place from 21st November until 18th December, and Qatar still receives high levels of sunlight at these times.

Similarly, the emirate will hope to reduce its greenhouse gas emissions through sustainable construction.

This will be achieved by reducing the use of concrete – a heavy contributor to global greenhouse gas emissions – by building stadiums which can be deconstructed after the end of the tournament. Composed of shipping containers, these modular sections can then be moved to other areas or donated to other countries.

Football can be an unlikely champion of sustainability. The message and the medium may not be natural partners, but they make for a dominant force and could help spread an important message to millions of people.