A brand new year is upon us, and it looks like a brighter, greener future is on the horizon.

The ever-changing energy market looks set to see some big shifts this year, both in the UK and internationally, that are contributing to a wider trend of renewable energy and technology acquisition.

We’ve seen a few predictions for the year ahead… 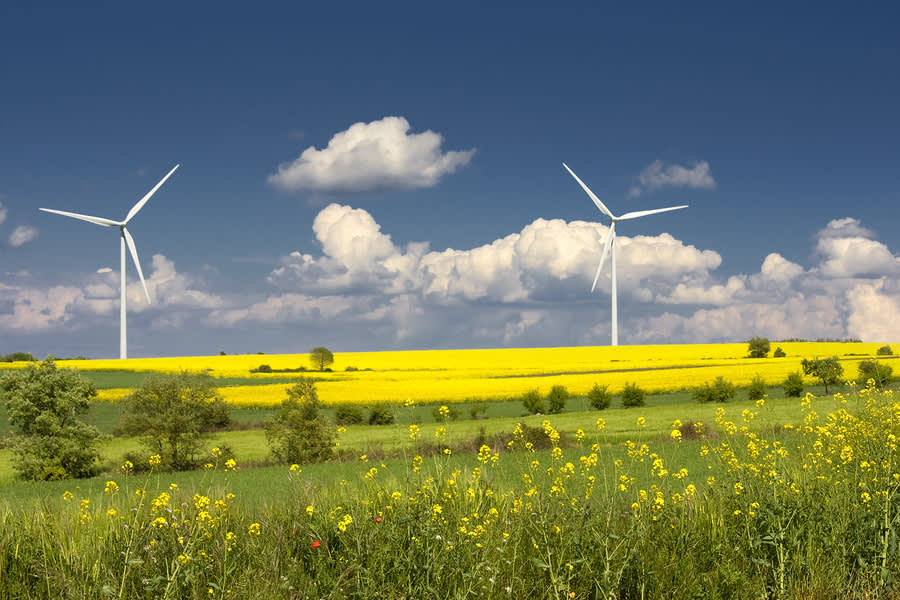 The reduction in coal generation

With seven European countries having committed to end coal electricity generation by 2030 or earlier, there’s a definite decline in the usage of coal power in the UK.

Thanks to commitments to improve air quality and reduce the carbon intensity of electricity generation, carbon pricing will have an increasingly influential role to play in the cost of energy and the transition towards a low-carbon future.

A report published in the Guardian in December 2017 claimed that half of Europe’s coal stations are running at a financial loss.

Meanwhile, an alliance at the UN climate change summit saw 19 nations commit to a rapid phasing-out of coal, in the ‘Powering Past Coal’ initiative, led by the UK and Canada.

All signals point to an uptake of alternative fuel sources, particularly when other sectors are similarly setting green targets – the decarbonisation of the transport sector, for example. Which leads us to…

The shift to renewables

As part of the continued shift away from fossil fuel generation, some oil, gas and “brown power” companies are moving away from their traditional assets in fossil fuels and diversifying towards renewable energy technologies.

This is a process called divestment, which is effectively the opposite of investment. It involves companies withdrawing their financial backing, from an asset (in this case, coal or oil) instead of committing to financial support.

One of the biggest momentum shifts in the UK was marked by Drax Power, who announced their plans to have moved fully to renewable biomass and gas-fired power well before the government-mandated coal ban in 2025. With the energy giant producing almost 8% of the UK’s electricity, this is no small feat in the desire to embrace clean energy sources and future-proof the UK’s ambitions.

The UK has more than 5 GW of installed offshore wind capacity – and that figure is set to grow even further over the course of next year and beyond.

Offshore wind accounts for around 5% of the UK’s annual electricity requirements, and it is expected to account for around 10% by 2020. This means that, over the next two years, a number of projects which are currently under construction or in the planning stages could either be approved or come online in 2018.

Indeed, this is more and more likely, especially given that the Contract for Difference auctions in the UK saw wind power fall to competitive prices. In late 2017, the world’s first floating wind farm also came online – and so 2018 is a very exciting time for the offshore wind industry in particular.

The UK’s seabed (out to a distance of 12 nautical miles) is managed by the Crown Estate, and so this body has discretion over which offshore wind projects are approved or otherwise – so watch this space.

The role of Blockchain in improving renewable energy investment

This is neither the first nor the last time that you will be reading about Blockchain, nor even the first time you may have read about the role it has play in the energy industry. But there are interesting potential applications for the nascent technology in helping to finance renewable energy technologies.

As well as being a platform for peer-to-peer energy trading, Blockchain could also be a way to help raise investment for renewable energy projects.

Renewable energy projects can struggle to attract investment because they are perceived as high-risk and low-return investments, but it has been suggested that Blockchain could help to improve investor confidence in such projects.

This is because the platform offers improved security and accountability, which could appeal to investors and in turn improve the financing of renewable energy projects.

As countries across the world look to meet their commitments as laid out under the Paris Agreement, continuing to push the envelope on renewable energy development and deployment is essential – and Blockchain could play a vital role.

Australia is not short of sunshine – the country receives plenty of sunlight, and one resort owner near Byron Bay, on the northern coast of New South Wales state, is taking advantage, having converted an old train to run on solar power.

The trains, affectionately called red rattlers, are old-style carriages which have been converted to run on renewable energy, adapted from the same technology used on electric buses.

This is yet another example of the electrification of the transport sector, which is crucial to the decarbonisation process. With the growing popularity of electric vehicles and improvements to battery technology, this is a trend which will hopefully continue to develop throughout 2018.