We’ve had a great year for renewable energy.

In recent news, the UK enhanced its status as a world leader in offshore wind, while three other European countries have pledged to increase the world’s offshore wind capacity by an additional 60 GW. In addition, some of the biggest companies in the world are going greener and cleaner by sourcing renewable energy for their operations. 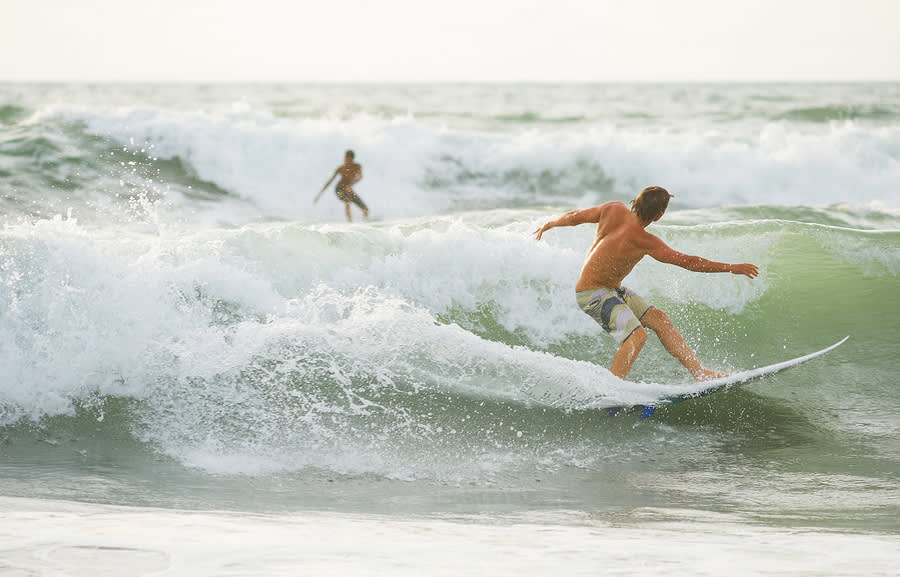 Wave and tidal energy are as yet mostly untapped sources of renewable energy.

However, the UK is in a unique position; the country’s tidal range – the vertical difference between high and low tide – is one of the highest in the world, which translates into huge energy potential.

This project, due to begin construction in 2018 and expected to be complete by 2022, is an exciting one because of the landmark nature of it. The tidal lagoon would be the first one of its kind in the UK, and could potentially change the face of the country’s renewable energy market. The installation will feature 16 turbines, with a nameplate generation of 320 MW, capable of powering 155,000 homes. Alongside this, it will have a number of economic benefits for the Welsh city.

Although work begins next year and will take four years until completion, electricity generation is expected to begin in in the third year.

The project received strong support from the government-backed Hendry Review (an independent review of tidal lagoons), and many will be keeping an eye out to see how it progresses. With government estimates placing the UK’s totally tidal potential at between 25-30 GW, there are plenty more locations across the country where this technology could take off – watch this space.

The founders of one company have designed a second-generation tidal turbine which could prove a game-changer in the tidal energy industry. ‘Kepler Energy‘ was established in 2010 by three senior academics from the Department of Engineering Science at the University of Oxford.

Their device has a 5 MW capacity, is 60m long and 10m in diameter and would sit in shallow waters, rotating 11 times per minute. In late 2016, the company confirmed that they would trial the technology off the coast of Wales.

The company is hopeful that this trial, if successful, could lead to a 30 MW installation in the Severn Estuary/Bristol Channel – as yet there is nothing confirmed, but watch this space… Read more: The ultimate guide to renewable energy types

The UK has cemented its status as a world leader in offshore wind, with 29 wind farms generating 5% of national energy demand.

This is expected to increase to 10% by 2020. After all, the UK is a somewhat wet and windy country.

The Walney Extension is an offshore wind farm currently under construction in the Irish Sea, just off the Cumbrian coast. The installation is situated next to the existing Walney 1 and Walney 2 projects.

These sites are rated at 367 MW, and are considered as a single wind farm, making it one of the world’s largest.

The new Extension will add as many as 90 turbines, with a combined generation capacity of 660 MW. These turbines will be either 7 MW or 8 MW each; the former are 190m tall, and the latter 222m tall.

These new turbines will help to push the UK forward as the country aims to meet 10% of national energy demand with offshore wind.

Set to become the first and (so far) only offshore wind farm on the south coast of England, Rampion Wind Farm began construction in 2015. The first turbine was raised in the spring of 2017, and is expected to be completed in 2018.

This array, off the Sussex coast, has a maximum generation capacity of 400 MW, enough to power almost 300,000 homes every year. The project is extensive, with a total of 116 turbines spread across almost 30 square miles of the English Channel.

Biomass is growing in popularity across the UK, with a number of sites chosen for development and cleaner as a power source than coal.

There is also some consensus amongst the scientific community that the harvesting practices used in producing biomass fuel do not negate the carbon sink effect of a working forest.

This means that biomass can be doubly effective as a renewable source, helping to reduce emissions while also promoting sustainable forestry practices – increasing the carbon isolating ability of the woodland.

In the late summer of 2016, a deal was announced to build a new biomass power station in Kent. The 27 MW station will generate enough energy to meet the energy demands of up to 50,000 homes. The station is expected to be up and running by summer 2018; you can read more about it here. Read more: The illustrated step-by-step guide to anaerobic digestion

Set to open in August 2017, this biomass power plant will generate enough electricity to meet the energy demand of 78,000 homes.

With a nameplate generation capacity of 41 MW, the biomass station will save more than 150,000 tonnes of carbon dioxide every year. You can read more about the station here.