In case you were in danger of thinking that you’d seen everything, the technology world has turned its attention to creating the most imaginative and eco-efficient renewable energy sources you’ve ever seen. 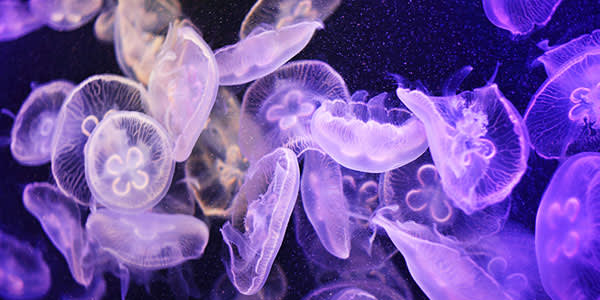 Think it’s all solar, hydro, wind and biofuels? Think again, and read on for our top pick of alternative renewable energies for a greener, cleaner tomorrow.

Boris Johnson is known for a quirky idea - the so-called ‘Boris Bikes’ aspring to mind. However, not many know that he is backing yet another idea for a greener London: harnessing the heat of the London Underground to heat local homes.

As part of the EU’s co-funded CELSIUS project, the scheme hopes to trap the humidity from the tube which would in turn be used to heat homes in the Islington borough.

There’s solar power, and there are wind turbines – so what’s solar wind?

In practice, harnessing solar wind is currently just a theory. However, if viable, we could potentially source one hundred billion times more power than humanity needs. While that sinks in, we’ll let you check out the exact science of it here.

In short, it’s all about using a satellite to capture streams of energised particles that flow from the sun, which would be transmitted back to earth with an infrared laser. Futuristic stuff.

Forgive the pun, but how else would you describe the practice of using crematoriums to heat your swimming pool?

That’s exactly what is happening in Worcestershire, where the Redditch Crematorium’s furnaces are passing on the heat they put out to the local pool – saving approximately £15,000 a year.

And this isn’t the only project of its kind; the Durham Crematorium has announced plans to install two turbines into its burners, selling the excess energy back to the National Grid – truly the alternative definition of ‘body heat’.

4. The power of dance

Generally speaking, going clubbing on a Friday night has never been viewed as particularly beneficial to society, much less the environment. So how much better would you feel if your dancing feet could reduce your carbon footprint?

If you’re ever been to Holland, you may have heard of Club Watt in Rotterdam, where the dance floor was rigged up with piezoelectric technology. This technology uses crystals that create a spark when pressure is applied – so the vibrations of a packed dance floor are a mine of potential electronic energy which can be circulated back into the building’s power supply.

Club Watt is sadly closed now, but its legacy of combining clubbing with clean energy will always remain.

“Finally! A use for jellyfish!” we hear you cry, as the news arrives that certain jellyfish cells can be used to generate solar power.

You read that correctly – when applied with the right technology, a particular jellyfish protein can create a photovoltaic (solar) cell. This unusual science came to us from researchers in Sweden, and promises to be a low-cost step towards renewable innovation (FYI, the official name for this renewable energy is ‘bio-solar’).

This clean energy project is only in the works at the moment, although we have high hopes to see it put into action (for reasons you’ll understand upon clicking this link).

This large-scale, duck-themed installation is an art project that also acts as a renewable energy source – much like the wind turbine trees that have arrived in Paris. Happily nicknamed the ‘Energy Duck’, the artists behind it have proposed that the sculpture be made from PV panels, as its size and location on the water means that it’s an ideal gatherer of solar power. How can we fund one of these for the UK?

Perhaps the most beautiful of all these quirky ways to generate renewable energy are these Van Gogh ‘Starry Night’ inspired bike paths-cum-art pieces in the Netherlands.

Rather than being lit by traditional street lighting, this bicycle path absorbs solar energy during the day which causes its luminescent rocks (coated with a photosensitive material) to glow at night. It’s part of the SMART HIGHWAY initiative from Dutch designer, Daan Roosegaarde, which is trying to find ways to make roads smarts and more environmentally friendly.

Lakes – previously thought of as peaceful, holiday destinations – can in fact be a turbulent source of eco-friendly energy.

Some lakes (in fact, there are only three known in the world) are known as ‘exploding lakes’ due to their deadly reservoirs of methane and carbon dioxide. These gases are trapped, but should the water temperature of the lakes change, a limnic eruption would occur.

CO2 erupts from the surface, with potentially fatal consequences for any nearby animals or humans. However one such exploding lake in Rwanda, Lake Kivu, has been turned into a renewable energy generator. Three large generators suck up the poisonous gases and in turn generate electricity that is sold back to the local grid.

More safety for local residents, and a lower carbon footprint for the community? The ultimate alternative renewable energy source.