Blog / Come rain or shine: A history of Wimbledon weather

Come rain or shine: A history of Wimbledon weather

The Wimbledon Championships is the oldest tennis tournament in the world and, arguably, the most prestigious.

Fans can expect gameplay across 19 grass courts, with everything from men’s and women’s singles, doubles competitions, youth competitions, wheelchair matches…all washed down with champagne, and plenty of strawberries and cream.

2016 marks the 130th that the tournament has been hosted at the All England Club, and while the climate this time around has been relatively drama-free, Wimbledon has a famously chequered past when it comes to the weather. 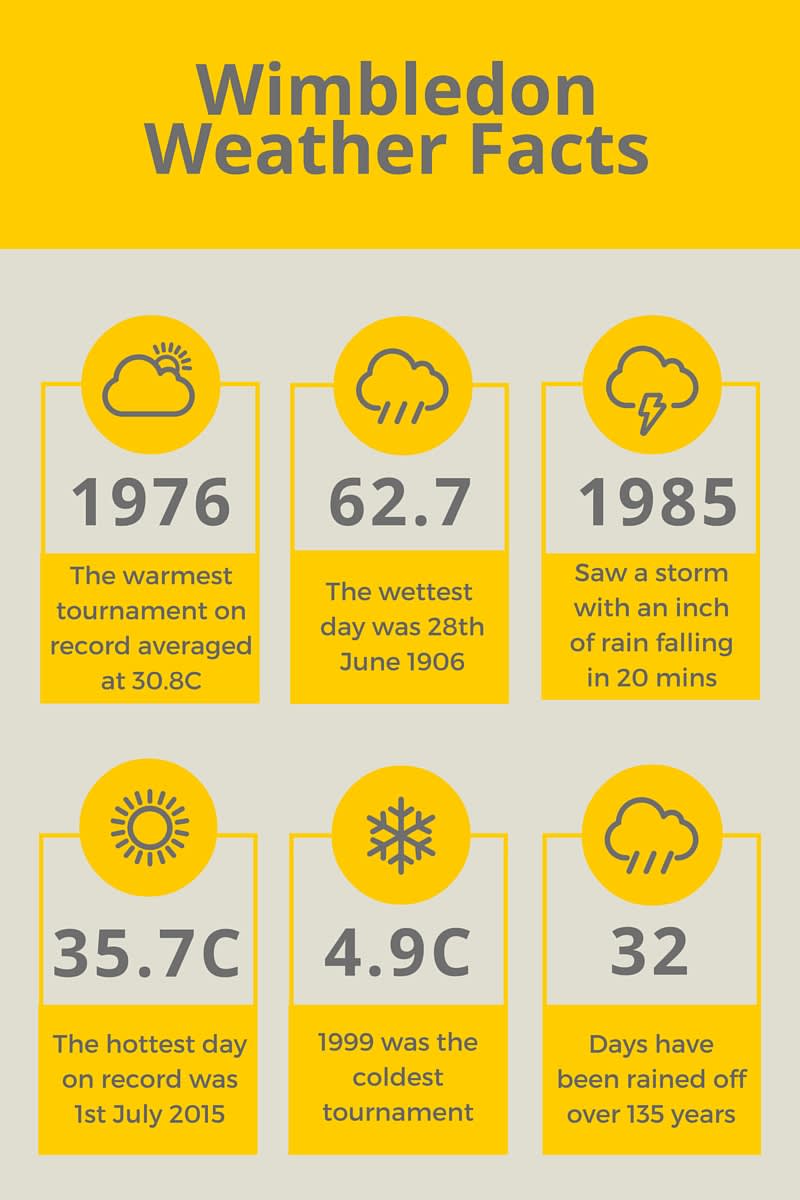 Since 1877, a total of 32 days have been rained off, the courts have been drenched by an inch of rain in less than 20 minutes and seen soaring temperatures of 35C. Overall, there have only been five tournaments with no rain at all:

In 2009, Wimbledon’s Centre Court was fitted with a retractable roof to lessen the loss of playing time due to rain.

This had allow the schedule of gameplay to be relatively unaffected, unlike in previous years where the event has been so badly affected by rain that the tournament has sometimes stretched into a second, and even a third (!) week.

Closing the roof takes a total of 40 minutes (allowing for the air to be conditioned, and the climate corrected). The referee will make the decision as to when to cover the courts, and the sooner they’re covered, the sooner the court will dry out and play can resume.

This year, hope for a British singles champion is high as Andy Murray storms into the quarter finals. He may be looking to the sky for inspiration- so let’s hope he doesn’t get precipitation instead.

For an update on this year’s Wimbledon weather conditions, check out the Met Office’s updates here.