With the UK’s first ever ‘Bio-Bus’ now on the streets, it’s about time that we got to know a little bit more about the renewable energy source that is anaerobic digestion. Just what is it, and why is it starting to become so popular?

Opus Energy’s resident Renewables expert, Shaun Heasman, took to the hot-seat to explain a little bit more about how anaerobic digestion works and why it – and its partners in crime, biomass and biogas – is so very efficient and environmentally friendly. 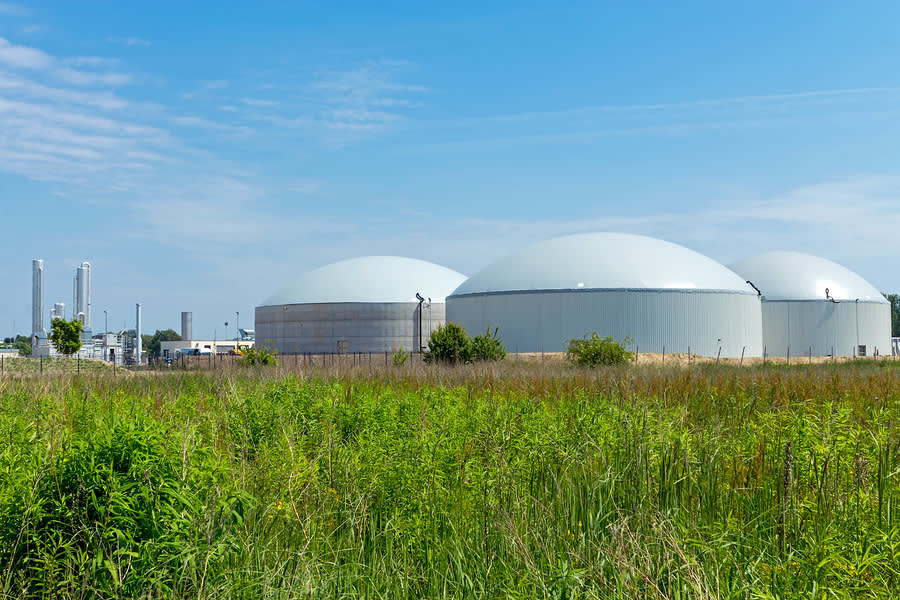 Hi Shaun. Can you please explain in your own words the basic principle of how we generate energy from anaerobic digestion?

An anaerobic digester is a sealed tank that is fed with either manure, slurry, food waste or crops. Inside the AD tank, micro-organisms break down the materials and digest the biomass.

This process releases biogas, a mix of methane and carbon dioxide (note: there is also heat produced, which can then be recovered and re-used).

Once all the biomass has been processed, the left-over in the tank can be dried and used as fertilizer as it has a very high concentrate of nitrogen and potassium… Great for the plants!

Who uses anaerobic digestion? Can anyone try their hand at using AD as a means of generating power?

I think that it is mainly farmers that have AD plants. Due to the nature of their business they are likely to have the land for the plant and the materials used to feed the digester.

However I am also aware of a company that is trying to create mobile AD systems that fit into a shipping container and can be left in a pub car park to enable them to use the food waste as the material for the digester.

What are the products (biogases) of AD used for? Are there any real life examples you can think of?

Biogas is used to power stationary turbines, which in turn creates electricity.

Sometimes [during the AD process], the biogas produced can be cleaned to ensure there is only pure methane (biomethane). This can then be used and piped into the main gas system (like natural gas), or used to fuel vehicles.

Many people in the mainstream still aren’t aware of AD, despite its popularity in renewables – why is this?

I am unsure as to why it’s not widely known about, as sewage plants have been utilising this process for some years. Maybe it’s because people would not recognise a tank on a farm and simply think it’s part of the farming process. Or it could be that they tend to be built in remote areas, and do not impact people’s daily lives [although that could now change thanks to Bio-Bus!]

We often hear the term ‘biomass energy’ being used. Is this the same as AD or are they separate and distinct?

Biomass is biological material derived from living or recently living organisms. As AD uses these materials, they are linked/related.

How does AD compare in efficiency against the other renewable energies?

When in operation, an AD plant will run 365 days a year and 24 hours a day. It will also supply a fixed amount of power. Their load factor (time running) is 95%, compared to wind or solar (roughly, wind load factor is 25% and solar is 10%).

What kind of future does AD have? Does it have a chance of ‘taking over’ the other energies, and what are your thoughts on this?

I would hope that there is an uptake of AD in the future as the process is extremely efficient and diverse, using waste materials to produce power, gas, heat, fertilizer and fuel. For an electricity supplier, the power is consistent and not intermittent like solar, wind and hydro.

Between April 2013 to March 2014, 91% of Opus Energy’s supplied power came from cleaner, renewable sources, with 12% of that coming from anaerobic digestion technology. To find out more about Opus Energy’s clean, low-carbon energy sources, check out the stats here.