London might be famous for one river in particular, but there’s far more to the capital’s waterways than the Thames. Beneath the ground, and long forgotten, lies a network of running water that used to keep London alive.

These rivers ran both north and south of the Thames, and were historically used for transport, powering mills, and providing water for drinking and sewage waste. Eventually, they were covered up as the city grew. Stretches of the network now form part of the city’ sewer network. 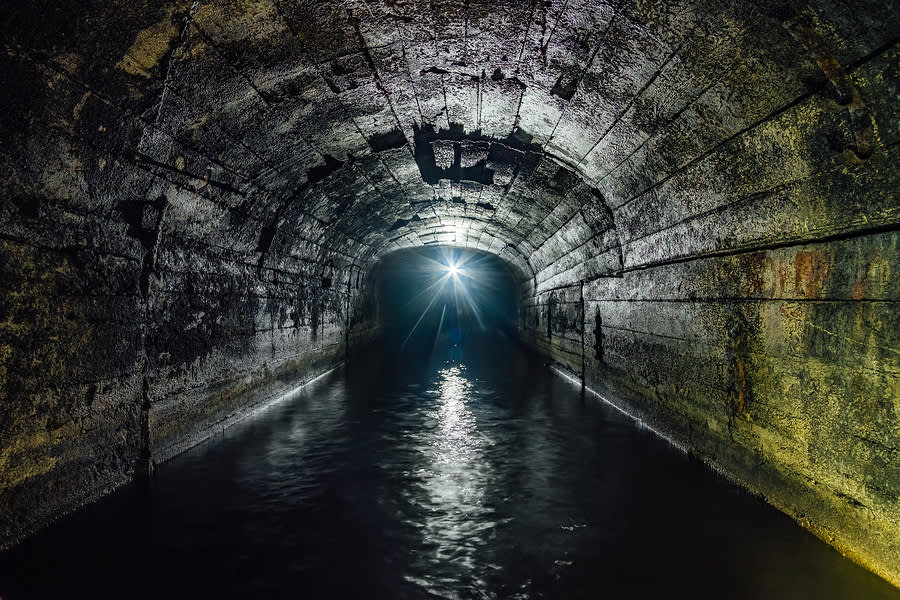 However, a proposal has been put forward by two organisations, 10:10 Climate Action (now Possible) and Scene. In it, they propose a radical idea that could help to slash the carbon emissions associated with heating and cooling requirements in a city of more than 8m inhabitants.

Heating and cooling is an energy intensive business. Most domestic and commercial properties across the UK rely on gas-based central heating and electric-powered air conditioning to help provide comfortable indoor environments. These contribute significantly to energy use and, consequently, to greenhouse gas emissions.

By installing heat pumps at key locations in the network of hidden rivers, low levels of heat could be transferred from underground to the buildings above them, helping to reduce the reliance on gas-powered central heating.

A similar project is underway in Somerset. Bath’s iconic abbey is undergoing renovation, and part of the work involves the installation of a new underfloor heating system using heat pumps, which will use steam from the city’s natural hot springs to sustainably heat the abbey.

While the Bath model will primarily provide heating, the London proposal suggests it would be possible to achieve both heating and cooling, meaning it could have a year-round impact on reducing emissions associated with both.

How do heat pumps work?

Heat pumps work by moving heat from one area to another.

A heat pump uses a tube filled with a refrigerant – a substance with the right thermodynamic properties to allow it to absorb heat efficiently. This tube circulates the unit and is split into two sections.

The first section is called an evaporator, and the second is called a condenser. The refrigerant moves around this tubular circuit, passing through with a compressor and expansion valve.

When the refrigerant is expanded, it cools, and absorbs heat from a heat source, before passing through the compressor. When compressed it releases the heat. This is how fridges work; warm air is removed from a contained environment and dispersed via the coils on the exterior.

Using this technology to recapture heat from underground could prove to be an innovative solution at an important time. As the effects of the climate crisis become increasingly apparent, there is growing emphasis on urgent action.

Reimagining how the UK operates

Cities have a huge role to play. According to the C40 network, cities and urban areas account for more than two-thirds of energy consumption, while research conducted by NASA estimates that the 100 highest-emitting cities around the world are responsible for 18% of the global carbon footprint.

It’s becoming easier for consumers to make choices which have a positive impact on the environment – choosing a renewable energy supplier, for example – but there is still work to be done.

Energy consumption, travel, the transition from gas-powered heating to electrified heating – all of these represent unique challenges on the journey to a zero-carbon energy future.

If the proposed plan is viable, the use of heat pumps could potentially be expanded to the Underground network, recapturing heat (think the sweltering Central Line in summertime) and using it to provide heating to the buildings above the subterranean network.

TfL and cleaning up travel

According to Wired, Transport for London (TfL) uses more electricity than anything else in the city. As such, the authority has an important role to play in helping London to reduce its energy use and subsequent environmental impact.

TfL has set itself ambitious targets to become carbon neutral by 2050. Some of the plans are simple – such as using brakes efficiently to recapture kinetic energy and reduce heat – to the more ambitious…

New proposals suggest laying solar panels alongside the rail tracks (a surprisingly good idea – despite being known the world over as the Underground, more than 50% of the network is above ground). It’s estimated in the Riding Sunbeams report that this could account for 6% of the tube’s energy demand.

Another idea is to channel some of the excess heat from the Underground and use existing ventilation shafts to help move air from underground to help heat nearby homes. As is the case with the proposed river project, this could work in reverse in summer, drawing down cool air.

Alongside these innovative ideas, there’s also the (slightly more pedestrian, but no less important) commitment to improving cycle infrastructure in the city, an important step in decarbonising transport.

This kind of innovative thinking shows that there’s much more to the energy potential of London than may meet the eye. From forgotten rivers to untapped energy flows, recapturing London’s resources can help fuel its carbon neutral ambitions in an unexpectedly efficient and economical way.