How electric cars are driving change

Over the past few years, there has been a huge surge in the number of electric cars, with around 50,000 plug-in vehicles on the road, compared with just 3,500 in 2013. This increase demonstrates a change in attitudes towards electric cars, as well as recent advancements in technology. 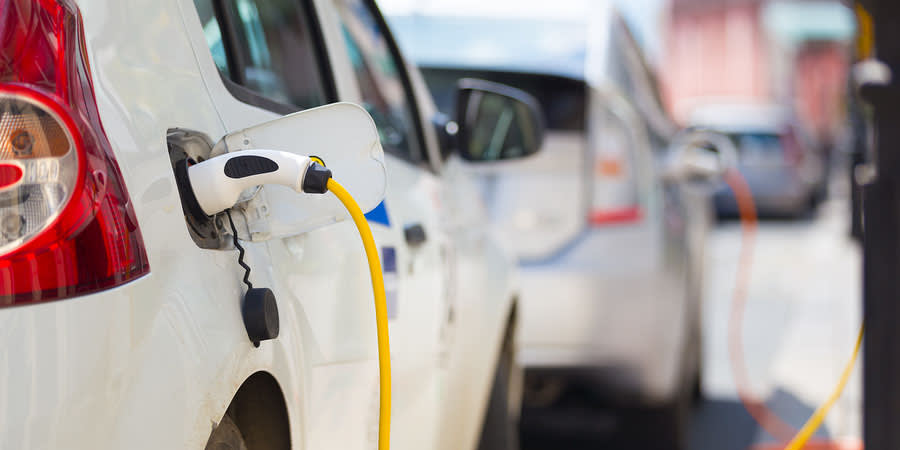 As technology continues to develop, a number of new plug-in cars are expected to be launched, and the UK government’s Plug-in Car Grant (which was guaranteed until 2018) means that an electric car is now a viable option for a larger number of motorists. Analysis assumes a deployment of over 6m electric vehicles by 2030 (growing to 23m by 2050) powered by ambitious amounts of renewable energy.

Change tends to accelerate at “inflection points,” where a technological advance or shift in policy makes what was a theoretical possibility a practical reality. A large-scale move to electric cars would be just such a change, and has the potential of reducing global oil and coal requirements significantly. In many countries, the electricity needed to power these cars will come from a grid that is powered by fossil fuels, but an increasing tendency towards renewable energy will reduce this consumption over time. Scientific advancements are increasingly making renewable energy a more reliable option, and by 2050 research indicates that it would be feasible to source up to 80% of UK energy from renewable sources. See how we’re contributing to renewable energy production.

The rate at which the world is burning up fossil fuels is not sustainable with a rapidly increasing population, and oil prices will eventually get so high that it will no longer be affordable to the average driver. An en-masse transference to electric cars would be a possible solution to this, but before this can happen, the vehicles need to become as practical as their oil-driven counterparts. The battery technology is simply not there at the moment, and neither is the infrastructure required to win over consumers who are worried about batteries running out of power.

If the necessary infrastructure is built to support these vehicles, drivers could be saved £1000 a year in fuel costs as well as cutting the UK’s oil imports by 40%. It would also spark a 47% drop in UK carbon emissions by 2030.

The benefits of electric cars are manifold, and developments suggest that they are the blueprint of the future, but technology and infrastructure still has a little way to go before they can become a viable, large-scale option. However, when consumers feel confident that the right supporting technology is in place, it’s likely that the market will move in that direction.