Connecting to the internet has come a long way since the loud, clunky process of firing up the dial-up.

And we’re no longer sat at a computer desk powering on a PC tower. Analyst firm Gartner says that by the end of 2017, there will be 8.4 billion ‘things’ connected to the internet – from devices designed to surf the web (laptops, phones, tablets) to everyday household items that are evolving to suit the digital age: internet-connected fridges, kettles, watches and so on. 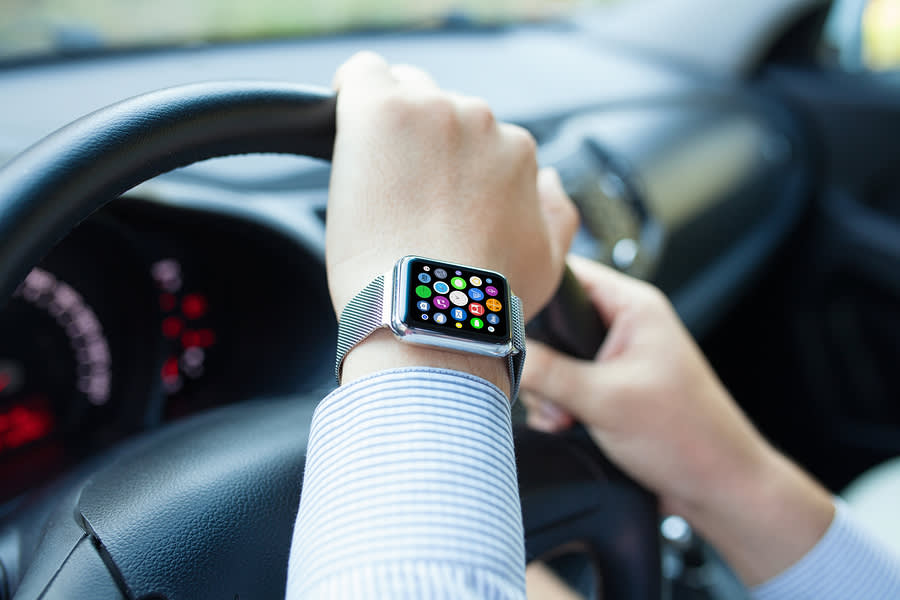 All of these advances are being done under the banner of the ‘Internet of Things’ (IoT). It’s a somewhat nebulous concept referring to the infinite network of devices that can all communicate, share information and process much like any normal computer via the internet. If the first phase of the internet was about connecting people (emails, websites, social media), the second phase is about connecting devices.

Or, put simply by a contributor at Forbes, “any device with an on and off switch to the internet” is a part of the IoT.

So how is this affecting, and evolving, the energy industry? Given the projected scale of the trend – Gartner further predicted that “more than half of major new business processes and systems will incorporate some element of the IoT” by 2020 – there’s a lot of scope for change.

Read on to hear how it can affect energy industry as we know it.

When new advancements roll in, we tend to scrap old technology and replace it with new, shiny equipment that does a better job – for example, when consumers buy the latest smartphone which is faster to run.

With most things like these, we put up with some downtime while the replacement is being purchased or set up to go in the old model’s place – for example, the downtime in procuring a new phone and transitioning your SIM card from one phone to the other.

However, this isn’t so easily done when it comes to power. With our 24/7 reliance on the National Grid, there’s no opportunity to simply turn it off and put a better one in its place – the scale of the operation means this would be nearly impossible to do.

As Sonita Lontoh, Vice President of Marketing at Siemens Digital Grid, wrote on this very topic at WeForum: “The bottom line is that we cannot rebuild our power grid from scratch.

“We have to rely on intelligent technologies to improve the systems we have in place… [So] utilities are transforming while still performing.”

With all working technology communicating together on the same network, IoT can mean an improved way of operating that allows for innovation and progress without major disruption to the infrastructure – Intel gives examples like better demand response management and better performance monitoring. As Lontoh continues:

“IoT-connected devices with tighter security have the ability to give utilities unprecedented levels of control over their operations through both improved hardware and digital technologies.”

There’s a reason why we call them ‘smart’ meters – not only do they mean less work for the consumer (no more checking the meter manually, thanks to the reads being sent wirelessly on a regular basis to the supplier), but they also provide a lot of data.

This data means there’s more insight for both the consumer (how much did I spend on electricity today?) and for the supplier (what’s the peak time for energy consumption over weekdays?)

At the moment, there’s no platform to tie together both smart meters and IoT devices, but with the focus for smart meters shifted from saving operational costs for suppliers to saving customers money, it makes sense that this will be coming in the near future. And, with that extra data available, the opportunities are infinite.

For example: the more data available, the more accurate predictions of when the most energy is getting used, so suppliers and distributors can be better prepared and provide better grid stabilisation.

This all circles round to a more reliable energy service for consumers, with less unexpected downtime – no power cuts for businesses when everyone at home tunes in to the football finals.

3. A slicker operation for field workers

The Internet of Things connects everything – including us. Wearable technologies are another facet of the advancement of the IoT; think smart watches you can wear on your wrist and get on-the-go notifications.

It means that for field workers on the ground (including those working on the National Grid) getting the right information to the right people at the right time will never be an issue. No matter where they’re working or what they’re doing, they can tap into the information or get alerted by co-workers.