When it comes to renewable energy, there are a couple of big players in the global game – and Norway is one of them.

The Nordic country is aiming for 67.5% renewable energy by 2020, which sounds daunting, but the Norwegian government isn’t too worried. 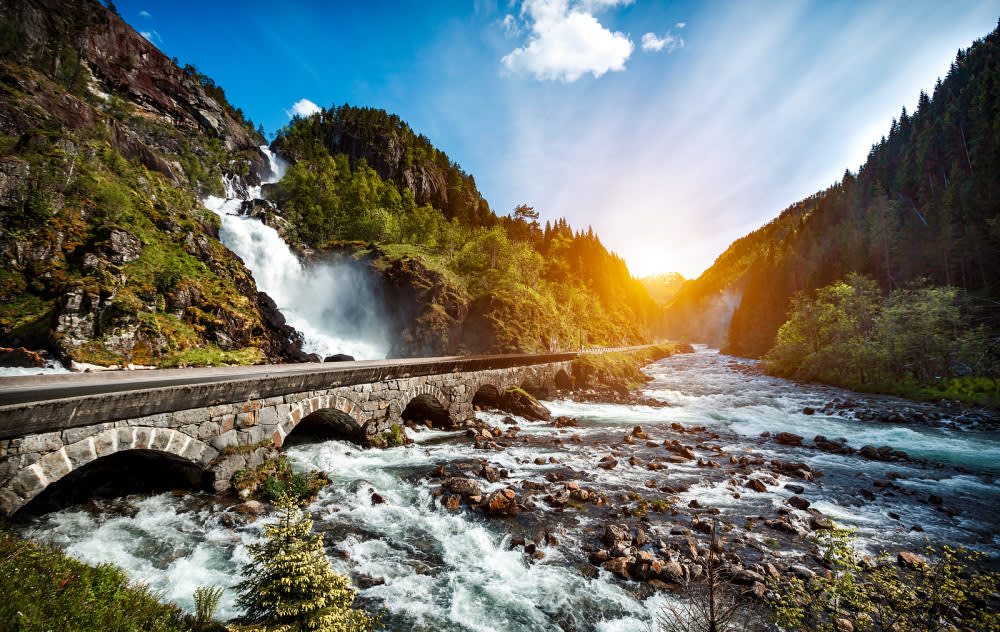 With a population of just five million people, Norway has relatively low energy demands and can power almost the whole country thanks to its hydropower resource. While this powers homes, businesses and the transport network of Norway, some is even exported to neighbouring countries.

Denmark is one of the countries with an arrangement in place with Norway which sees the two exchange energy when necessary.

The possibility for international exchange is perhaps the most exciting thing about Norway’s renewable energy capacity. The reservoirs which feed the hydroelectric stations represent an incredible amount of potential – totalling almost 50% of European hydropower capacity.

This means that if Europe was ever to move to a fully inter-connected European Super Grid, Norway would play a significant role in helping to keep the lights on across the continent.

This is where Norway could theoretically come into play – the country could use excess energy generates to pump water back into its reservoirs, storing the energy for on-demand use.

This role wouldn’t be unique to Norway – every country within the super grid would have the capability to export as well as import energy from neighbours.But Norway’s huge capacity offers a potential solution to problems of grid instability in the future.

The country is generally progressive when it comes to energy and environmental policy; it is also the fourth largest market worldwide for electric and hybrid vehicles. This is helping the country to begin the process of decarbonising its transport network as much as its energy system.

This could also have interesting applications when it comes to energy storage. Electric vehicles can help to moderate the electric network by offering storage when renewable power contributes too much to the grid, then releasing it at times of high demand. This is called a vehicle-to-grid system.

The UK has become a world leader in offshore wind, and is looking to improve its renewable portfolio across the board; while resources differ, the Nordic model offers a good framework which other countries can learn from and a blueprint for success for them to follow.