Blog / Energy theft: The dangers you need to know about

Energy theft: The dangers you need to know about

Energy theft is an issue that causes major problems both for the energy supplier and energy consumer. At best, it's an illegal activity that can cost fellow consumers a lot of money. At worst, it can cause dangerous incidents and fatalities.

This is a crime, but it also carries serious safety risks. Here’s what you need to know about it. 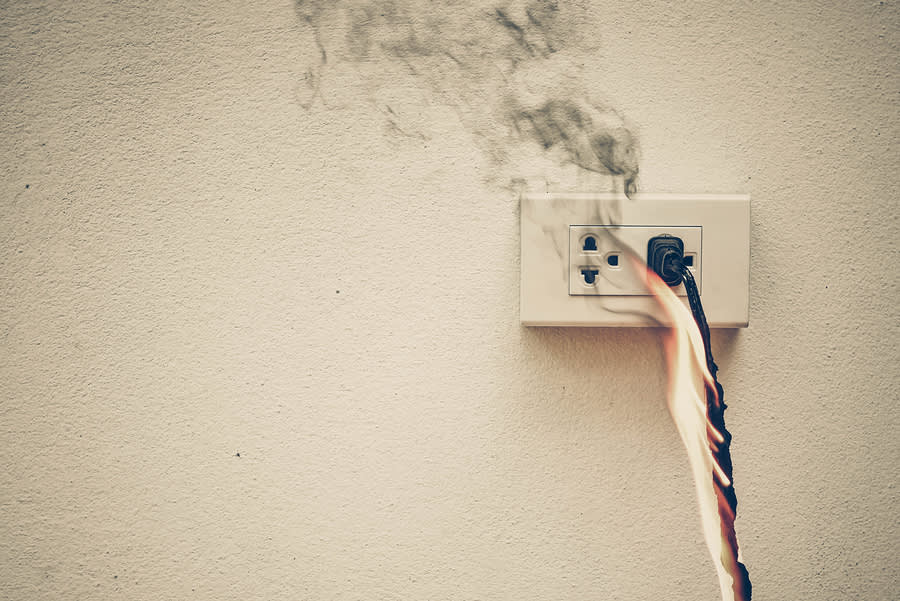 How does energy theft happen?

Energy theft is sometimes known as 'meter cheating' because it often involves finding ways to consume energy while bypassing a meter, so that it can't be accurately measured, recorded or paid for. However, there have been many methods discovered that allow people and businesses to evade paying bills - each as risky as they are creative.

An example of a small scale case is when individuals install their own pipes - sometimes as everyday and unsafe as sections of hosepipe or bicycle inner tubes - which bypass the meter so that the energy supply isn't getting measured.

Another example is when a meter is physically tampered with. Just one way of doing this is removing or damaging the teeth of a cog that normally are used to measure the energy being consumed as they turn. With no properly working mechanism, the meter isn't correctly calibrated, and the supply flows freely into the thief's residence or property.

In large scale operations, there have been recorded cases of criminals digging up streets to get access to the main supply. In this case, the premises stealing energy wouldn't even have a supplier, but instead they siphon off energy, that others are paying for, from the main supply.

What harm can it do?

Energy theft endangers lives and comes at a huge risk cost - both for those committing the crime and others around them. Gas and electricity play important roles in our lives, but when dealt with by untrained professionals, they can have dangerous consequences.

Tampering with gas and electrical equipment causes can leave homes and businesses with unsafe supplies, which can cause burns, shocks, fires and, in extreme cases, explosions. An exposed wire can cause electricity fires, while an insecure gas supply can cause an explosion. A mix of just 5% gas in the air is enough to cause an explosion - such gas explosions have been known to destroy an entire premises, and cause damage to neighbouring properties.

There have been recorded instances of deaths caused by fires and explosions due to gas and electricity supplies having been tampered with.

Those suspected of energy theft can be prosecuted under various acts, including the Theft Act 1968, the Criminal Damage Act 1971, the Criminal Law Act 1977, the Fraud Act 2006, and more, depending on where in the United Kingdom and to what extent the crime took place.

Those who commit energy theft can face fines in the tens of thousands, and, in some circumstances, a prison sentence of up to five years.

Raising the cost of energy

What are we doing about it?

As a supplier, it is our obligation to try to put an end to energy theft. We play an active role in detecting, investigating and preventing the theft of electricity.

This is both as part of our electricity supply licence and as part of the Gas Theft Detection Incentive Scheme (GTDIS). This scheme give suppliers targets to help tackle energy theft - plans to propose an ETDIS (electricity) are also in place.

What can you do about it?

Reporting energy theft can help to keep costs down and keep everyone safe. If you know that a meter has been tampered with and gas or electricity is being stolen, please report it immediately.

Crimestoppers operate an anonymous service for reporting on energy theft. You can report energy theft directly to Crimestoppers UK via this online form. Doing so is completely anonymous. Alternatively, you can call them on 0800 023 2777.

If you suspect an Opus Energy customer is committing energy theft, you can email us at energytheft@opusenergy.com, or you can report it to Crimestoppers using the form or phone number.