The UK is now home to the largest wind turbines in the world, and they’re helping to Opus Energy to meet its renewable energy goals. 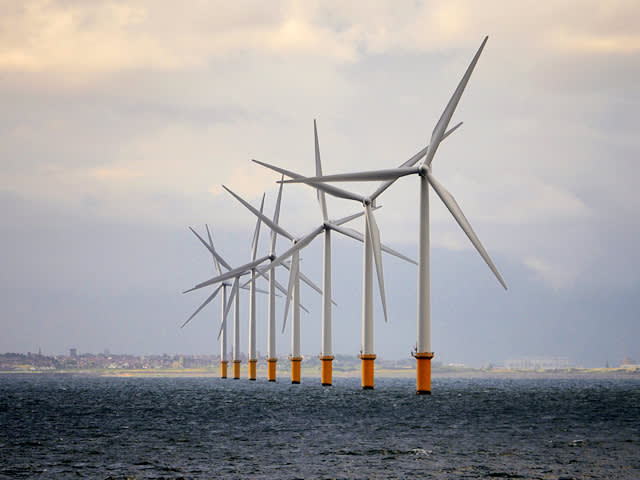 The Burbo Bank wind farm in Liverpool Bay is using 8 MW wind turbines, the largest installed turbines the world has seen to date.

The project is an offshore wind farm in the Irish Sea near Liverpool, a few miles away from the mouth of the River Mersey. As part of a long-term contract with the owners of the wind farm, Opus Energy receives 5.5% of the renewable credits generated at the site, which ensures there is enough renewable energy in the grid to power our customers in a sustainable way.

Thanks to the 32 turbine extension project, the Burbo Bank wind farm is now a 258 MW installation which produces enough electricity to power 300,000 homes annually. Prior to the extension, the site had a capacity of 90 MW.

The extension project is the first in the world to use 8 MW wind turbines, strengthening the UK’s reputation as a world leader in offshore wind, in which we are currently ranked fifth for total cumulative installed capacity.

It is predicted that increasing generation capacity will drastically reduce the cost of wind power by concentrating more powerful turbines on smaller sites. By increasing the span and the height of the turbines, manufacturers can reduce costs across both construction and maintenance – each turbine is 195m tall, while the rotors are a staggering 107m in diameter.

This scale makes the project cheaper to run, as well as ensuring a consistently low KWh electricity price across the lifetime of the wind farm.

The Crown Estate currently manages the development of offshore wind projects on the UK’s seabed out to a distance of 12 nautical miles, beyond which are international waters. Within the territorial waters, there are a further 4.5 GW of projects currently under the planning or construction phases, and this could raise the UK’s profile as a world leader in offshore wind even further.