Solar power plays a huge role in the global energy mix. In 2016, it was estimated to make up almost 230 GW of capacity across the world. The proliferation of the technology is thanks to the rapid uptake of the technology in countries such as China and Germany. 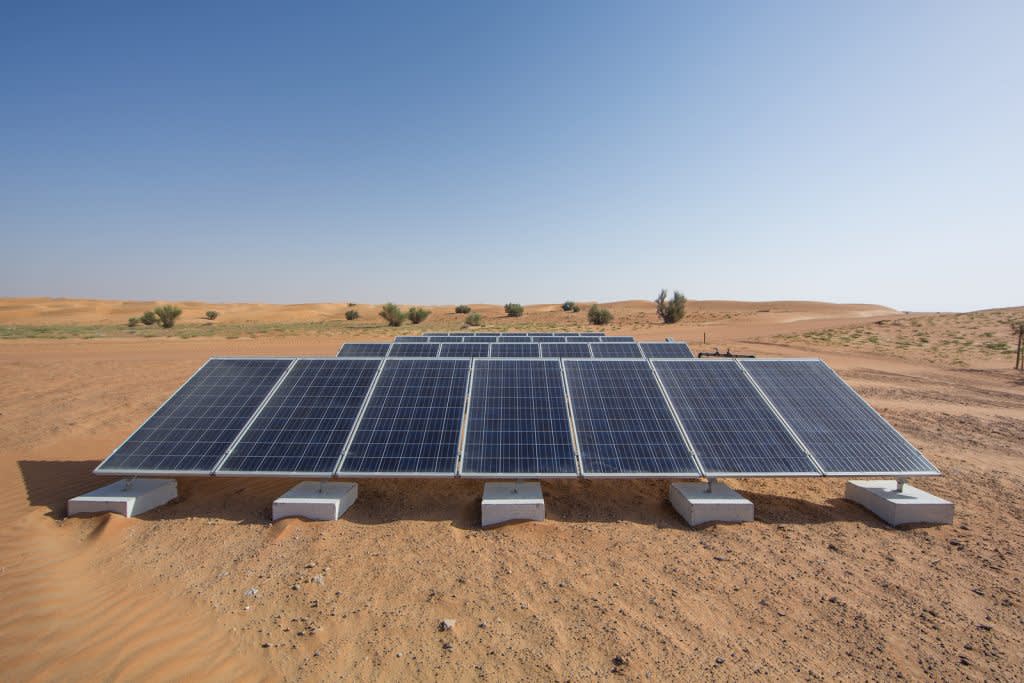 Solar is so popular because the source is so abundant; the sun shines somewhere every day. Even on cloudy days, photovoltaic solar panels can generate energy. As a result, solar power is suitable in most countries and climates.

But what happens when it’s too sunny?

While solar panels need sunlight to function, intense sunlight and high temperatures can lead to inefficiencies. Solar panels typically range between 10-20% efficiency, when tested to 25° (though under lab conditions, some photovoltaic cells can reach 46% efficiency). Above this threshold, generation will begin to fall.

This is because the materials used to make solar panels – metal and silicon cells – are good conductors of heat, heating after extended exposure to the sun, reducing the efficacy of the unit. This leads to a subsequent decrease in output capacity, generally of 0.5% per degree.

Fortunately, in most locations, solar panels operate within comfortable temperature ranges, and so not much is lost in terms of efficiency.

In extreme environments, however, photovoltaic solar is at a disadvantage. The Times has reported on the difficulties faced by Qatari utility companies who are currently unable to use PV solar because the drop in efficiency is so marked.

Because of the combination of the country’s extreme heat and the accumulation of dust on the solar panels, efficiency can fall by as much as 60%. Despite this, the economical price of solar power means it is still an attractive option, even in sub-prime conditions.

There’s an irony in the fact that the locations best suited for solar generation are also limited by those conditions. The Qatar Environment and Energy Research Institute (QEERI) is researching and testing new materials for PV panels, but until a more resilient panel is developed, an alternative source of renewable energy needs to be found.

There are a few options to remedy this problem: one is using a different form of solar energy, Concentrated Solar Power (CSP). Instead of converting sunlight directly, CSP uses an array of mirrors (called heliostats) to focus the light and heat of the sun on a receiver.

This receiver contains a liquid solution that can conduct heat which is used in a traditional generator to generate electricity. Examples of CSP include California’s Ivanpah facility or Morocco’s Noor complex.

However, CSP comes with its own challenges, including keeping the heliostats clean and free from dust to maintain efficiency levels. This is one of the current challenges faced in countries like Qatar, with arid conditions unfavourable to photovoltaic panels.

Wind energy is another alternative source of renewable energy, which has grown massively in popularity over the last number of years. However, one of the questions which has long hung over renewable energy has been the issue of intermittency.

Renewable sources don’t generate energy around the clock, unlike coal. This leaves the grid open to instability. However, coal is hugely polluting, and so striking a balance between low emissions and grid stability is a real challenge.

Biomass, however, is the perfect compromise. Biomass offers the low-carbon benefits of renewable sources while also providing consistent generation like coal. As countries across the world adapt to changing electrical needs and demands, they will need to look to new solutions to traditional problems.